This organization gives $1,000 to parents of stillborn babies 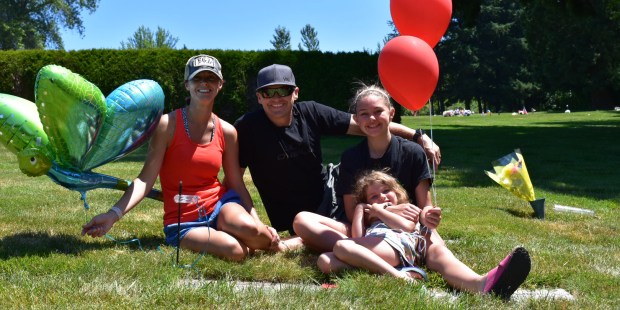 Rebekka and Randy Hauskins have found a way to give meaning to their daughter’s death.

When Rebekka and Randy Hauskins lost their unborn daughter back in 2010, they found the only way to make any sense of this devastating loss was to reach out and help others in a similar situation.

“I realized something was just not right, and I didn’t feel good that day,” Rebekka says, recalling the events during her pregnancy seven years ago. The couple went to the hospital, where medical staff couldn’t find their daughter’s heartbeat, and Hayden was declared stillborn. A mom to 5-year-old Madison at the time, Rebekka felt the only way she could manage her grief was by helping others; she and her husband wanted their little Hayden’s existence to have meant something. She looked to those in her community, and gave up her time to volunteer. Yet, this still wasn’t enough. Hauskins shared with Today: “You just feel like there has to be something you can do to help after a loss.”

It was upon receiving the hospital bill of $1,000 for their daughter’s delivery that the Hauskinses became inspired: “After losing a child, there’s nothing anybody can say to you that can make it better — there’s nothing anybody can do to change the situation, but the financial burden can be changed.” Her husband wrote a $77 check each month until the couple had finished paying the bill. “It was something he had to consciously write a check for every month — no matter if it was a year later,” Rebekka says. “He still was writing that check and it hurt every time.”

So the couple decided to help other grieving parents by paying their hospital delivery bills. While of course money cannot make up for such a loss, the Hauskinses believed that in taking away this one stress factor, parents might be able to grieve their unborn baby without those painful reminders when filling out a check each month.

By founding Hayden’s Helping Hands with friends and other family members, the couple has managed to help 43 other families in the states of Oregon and Washington who have suffered a similar tragedy. Rebekka explains how “we came up with the basis to pay $1,000 towards every delivery bill for stillborn babies, because our bill was $1,000.”

Thanks to hospital staff, funeral homes, and grief counseling groups sharing information about the organization to parents who’ve lost their babies between 20 and 41 weeks gestation, all it takes is filling in an online application and the bill is often paid just a week later. And it doesn’t end there: the Hauskinses are also offering far more than financial support. They’re also also giving their time by offering emotional support and guidance to those who’ve been through the same thing they endured, which might not always be so easy since the birth of their third daughter, Josie.

It takes a pretty remarkable person to turn their grief into such a positive cause, and understandably many of us wouldn’t have this same strength. However, the Hauskinses have truly made Hayden’s existence count, although she entered this world ready for another, she is still having a great impact on others, and hopefully will continue to do so for years to come.