I stopped doing this one little thing every day, and it strengthened my marriage 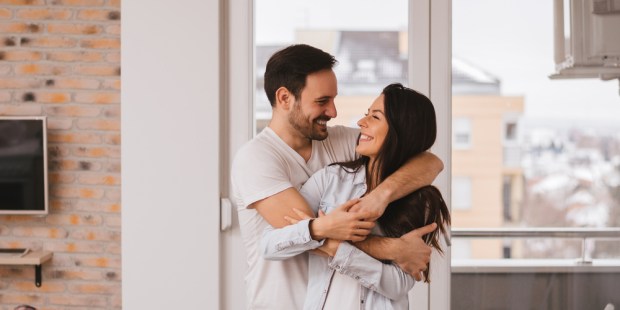 Our spats and quarrels didn’t go away, but our home became a calmer place.

Imagine the scene: It’s night. I’m writing an article, doing some online shopping, or maybe I’m cooking a pot of soup for another day. It’s so late! I’m tired, and angry that I didn’t have time to do all the things I had planned during the day, at a “normal” time. I’m upset, I’m angry, and I’m looking for the guilty party. And who could be guiltier than my husband?

After all, if he had come home from work at a decent time, I would have had it all done. But instead of the sound of a key in the door, I heard the sound of a text message: “I’ll be home late tonight, don’t wait up.” As the owner of his own company, he is not bound by standard office hours or by a limit of hours per week. Instead of eight hours a day, he works as much as he needs to.

So, when I hear footsteps in the hallway and see the hour, I want to have a serious fight, or at least show him an offended face, and hit him with a verbal list of grievances about him not caring about his health, and not having time for the family, not to mention me. And that is exactly what I used to do, up until the day things changed.

One day, in a creative frenzy, I was working on a fantastic (in my opinion) surprise for the kids. I was so into it, I didn’t even notice the time. Around 1 a.m., still in a fantastic mood, I welcomed my husband home with a radiant smile, lifting my eyes from my work.

One glance at him was enough to completely catch my attention, and even dim slightly my amazing mood. I saw my husband change completely, and it shocked me. As I watched, his tight muscles relaxed, and his somber expression was replaced by a sigh of relief and words of gratitude.

Wow, what just happened? My husband is thanking me for not greeting him with angry comments — a clear sign that something has to change. “Starting today, we greet each other at the door with a smile!” I decided, already in the mood for a change, since it was the beginning of Advent (last year). We made this a house rule: when someone returns home, everyone at home greets him or her at the door with hugs and kisses.

We do not overwhelm each other with important things, chores or difficulties in that first moment. It’s important to share everything, but we’ll have time for it later — not in the rush of taking coats off and washing hands.

This first moment of coming home should be pure joy: the joy of seeing each other and being together again. The returnee gets a quick burst of information — that you’re loved, you’re wanted, and we’re happy you’re here. For the kids, it’s nothing new. If they are not asleep, they always run with enthusiastic squeals of “Daaaaaaddy” and, depending on their age, right at the doorstep they jump on his neck or cling to his legs. And my husband and I? It’s been a year since we made this a house rule. I admit that sometimes the welcoming smile looks more like a sour grin, but we keep doing it. We are sticking to our decision because we know how much good comes out of it.

It seems such a small change, but it became a big thing. We didn’t completely stop spatting and quarreling, but our home became a different place, more calm and protective. Simply, it is now one we like to come back to, because we know we are always welcome there. Consequently, we come back happier, sometimes even at an earlier time.

Read more:
The 3-ingredient recipe for a successful marriage

Read more:
A divorce lawyer saved a marriage with these 4 questions

This article was originally published in the Polish edition of Aleteia, and has been translated and adapted here for English-speaking readers.