Why our children need support, not supervision 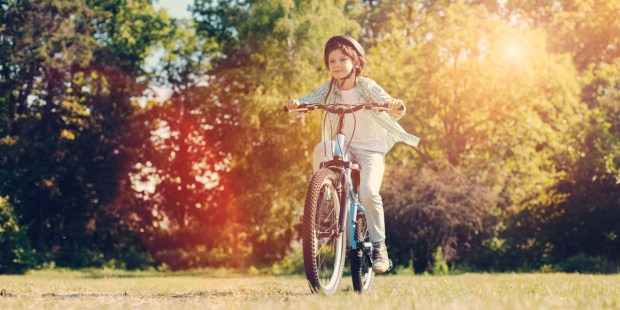 A new non-profit is seeking to change the laws and norms so kids can learn greater resilience and independence.

It’s difficult not to be a helicopter parent these days. Despite the growing awareness that kids need freedom to build independence, and that fears of child abductions are grossly over-exaggerated, cultural norms and laws conspire to make it nearly impossible for parents to give their children the freedom that’s essential to good formation.

Many times in these discussions, we walk away feeling helpless. There seems to be no way to combat the intrusiveness of strangers and overbearing interference by police and child protective services. Fortunately, that could all be changing soon, thanks to a non-profit called the Let Grow Foundation, which was recently featured at Reason.com:

We are building an organization that seeks to change the social norms, policies, and laws that pressure and intimidate parents, schools, and towns into coddling their kids. We will research the effects of excessive caution, study the link between independence and success, and launch projects to give kids back some free time and free play. Most of all, the Let Grow Foundation will reject the assumption of fragility and promote intellectual, physical, and emotional resilience …

If this effort is successful, we’ll soon see kids outside again. Common setbacks will be considered “resilience moments” rather than traumas. Children will read widely, express themselves freely, and work through disagreements without automatically calling on authority figures to solve their problems for them. The more adults step back, the more we believe kids will step up, growing brave in the face of risk and just plain happy in their independence.

This morning I sent my oldest daughter to the store with her 7-year-old brother. She’s been walking the half-mile to the grocery store since she was 8, and in the last year she’s begun taking her 8-year-old sister with her. But today was the first time my son was allowed to go.

She wanted to ride her skateboard, but Liam didn’t have anything to ride alongside. I started to tell her just to walk when he suggested that he run instead. “I can run as fast as she can skateboard, Mom. I know I can.”

He was so eager and confident that I didn’t want to tell him he couldn’t, even though I was sure he wouldn’t be able to keep up. So I said okay and let them go.

They were back 20 minutes later, Liam red-faced and panting but radiant. “I did it, Mom! I ran the whole way and kept up, and Sienna wasn’t even going slow!”

Sienna confirmed his story, adding, “He’s a really fast runner. I almost had trouble keeping up with him!”

It was a victory, and one I almost prevented because of my own doubts. That’s a lesson for me to learn, but it’s also one I wouldn’t have learned if it weren’t for the relative freedom that children are allowed in the community in which I live.

The Let Grow Foundation is a really exciting development, and I’m hopeful that laws and cultural norms will begin to shift back in the direction of supporting children rather than hampering them.

Read more:
The one thing good parents do that harms their children