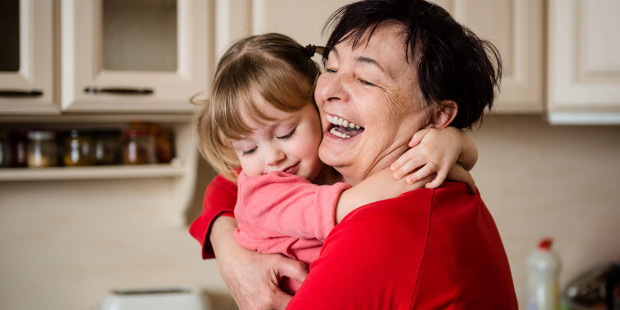 Some helpful tips for setting boundaries with a well-meaning but intrusive grandmother.

Upon the arrival of grandchildren, most grandmothers are willing to modify their schedules and lifestyles in order to accommodate the needs of the newest family members — especially when it comes to helping the mother and father who, in many cases, work outside the home.

Since it is so common today for both parents to be away during the day, many ask their own parents to give them a hand. They talk with them to coordinate their respective schedules, about how to organize the day-to-day, about weekends, about who will take care of the baby before going to and after returning from the nursery or daycare, and about who will pick the kids up at school.

Thus, it is not uncommon for grandmothers on both sides of the family to experience the arrival of a grandchild as a very happy event. For them, it means remembering their expertise as a mother and putting it to use in everyday tasks such as changing diapers or preparing formula, as the case may be.

Taking care of the baby (or the toddler) is essential, but it becomes a problem if the grandmother thinks that she must take the lead in child raising — ahead of the child’s own mother — because the new mom is a novice, or because grandma’s way is superior to the mother’s way.

Grandmothers need to take into account three important truths in order for things to work out well:

Some grandmothers may find that they clash with their daughter (or daughter-in-law) due to the different ways in which they each face the challenges that come with the birth of a new child.

It can also happen that, even when the mother is experienced, the grandmother decides that during those hours that she spends with the baby she is the sole arbiter of how the child is cared for, as if the baby were her property. She might say things such as, “No need to tell me, I already know how to do this,” or, “When the baby is with me, I’ll do things my way.”

Beware when this happens: conflict lies ahead.

If you see that the child’s grandmother is becoming intrusive, and that she oversteps her bounds in making decisions, or intrudes on matters that rightfully should be decided by mom and dad, you must act delicately, but firmly — that is, talking to her clearly but without offending her.

What to do when conflicts arise …

Three recommendations for (future or current) grandmothers to remember

If you think it’s complicated dealing with your mother or mother-in-law as they help you raise your children, remember that you too might be a grandmother some day. To prevent ending up causing family woes and making your children and grandchildren’s lives harder, it’s important to nurture these three key traits of an excellent grandmother:

Being intrusive is not built into grandmothers’ DNA. Therefore, if it does arise, it can always change (if both generations of parents cooperate) with patience, affection, and loyalty.

Above all, even if at some point there may be an intrusive grandmother situation that needs to be rectified, do not forget that grandparents are a treasure in the family, and that the impact they can have on the education of your children is boundless. Let your children soak up the knowledge and love of those who love them.

This article was originally published in the Spanish edition of Aleteia, and has been translated and adapted here for English-speaking readers by Martha Fernández-Sardina.