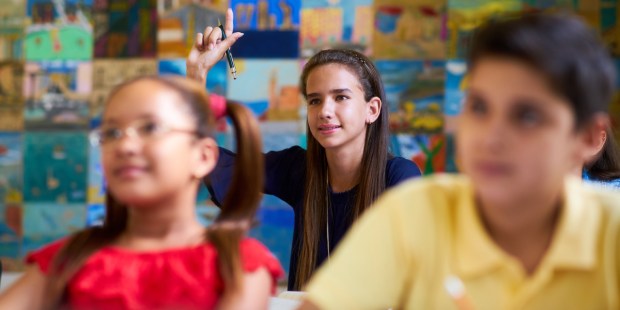 As I got into high school, it became increasingly common for adults to mention that I was “a visual learner.” I guess it was because I was always reading and took copious notes, or that I could remember almost everything I read with near-photographic recall (including where the fact was located on the page). Or it could be that I often got so absorbed in books or notes that I hyper-focused and never heard half the things people said around me … or to me.

Either way, by the time I got to college I understood that I learned visually. I knew that taking notes was key, that I would never remember a class discussion (or any discussion at all), and that “visual learning” was my educational superpower.

So when my highly-Socratic-method professors would say things like, “put your notebooks away and let’s have a conversation,” I would dutifully put my notebook away, out of sight, tucked under the table in my lap where I would furiously scribble notes whenever the teacher’s attention was diverted. Because I was a visual learner, see? I couldn’t learn any other way.

The concept of “learning styles” is still widely accepted as near-gospel truth. Everyone is told what kind of “learner” they are, and lessons are planned accordingly. But a recent article in The Atlantic pointed out that “learning styles” are not only an unproven notion, it’s one that’s been roundly disproved.

Either way, “by the time we get students at college,” said Indiana University professor Polly Husmann, “they’ve already been told ‘You’re a visual learner.’” Or aural, or what have you.

The thing is, they’re not. Or at least, a lot of evidence suggests that people aren’t really one certain kind of learner or another. In a study published last month in the journal Anatomical Sciences Education, Husmann and her colleagues had hundreds of students take the VARK questionnaire to determine what kind of learner they supposedly were. The survey then gave them some study strategies that seem like they would correlate with that learning style. Husmann found that not only did students not study in ways that seemed to reflect their learning style, those who did tailor their studying to suit their style didn’t do any better on their tests.

The funny thing about my adherence to my “learning style” was that on those occasions when I got pulled into a conversation and abandoned my obsessive note-taking, I remembered everything just as well, but differently. I didn’t memorize the discussion — instead, I pieced it back together in my mind, each time finding new angles and discovering new implications. Instead of remembering, I comprehended. Taking part in the discussion rather than recording it allowed me to understand, which is a different kind of knowledge entirely than sheer memory.

Now, I know I don’t have a particular “learning style.” I no longer remember things I read with the precision I once did, but I also don’t have time to read that much. I listen to audio books now, and the recall is closer to conversations but not as thorough. Talking through something is still my favorite way to learn — second only to teaching, through which I learn the most (an experience most teachers report).

When my kids come home and claim they’re a “visual” or “aural” — or in my oldest daughter’s case, a “sports-playing” — learner, I just tell them that learning is more complicated than that. They’ll find new and different ways to learn their entire lives, and even when they think they’ve mastered something, they’ll find that teaching it opens up a whole new world of learning.

The truth is, learning is like Aslan’s country at the end of the Chronicles of Narnia — it goes on forever, and there’s no one way to do it. You can only go further up, and further in.