There are different kinds of intelligence: Which one makes you shine? 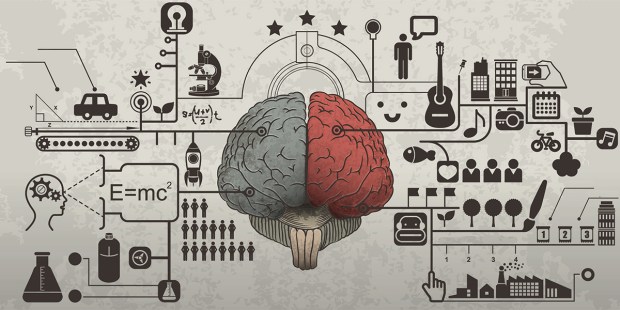 Everyone has God-given gifts; let’s encourage one another to find and use them.

I graduated valedictorian of my high school, and went on to attend an excellent university with a good scholarship. I made good grades in college and graduated feeling certain that I could handle anything life threw my way. You know, with my amazing poetic scanning ability.

Here’s a short list of things I quickly found out I was unprepared to do: change diapers, cook dinners, meal prep, budget, find coupons, use coupons, hang pictures, use a leveler, use a screwdriver, assemble a crib, check for nits, navigate without written instructions, hang curtains, set up a TV, potty-train, help a 4th grader with math … y’all. This short list goes on for a loooong, long time.

Although I was highly educated, I was also kind of an idiot. I was incapable of performing the most basic tasks required of a homemaker, and my lack of capabilities made me paradoxically feel useless and feel like the life of a homemaker was beneath me … because what I should be doing, after all, was scanning poetry.

I was reminded of that feeling when I watched this video on Facebook the other day, about the many different types of intelligences that human beings possess.

I was lucky at school because I had the kind of intelligence they were looking for — linear, analytical, hyperlexic — but it was only after leaving school that I realized in other respects, I was a complete dummy. I stumble over cognitive tasks that other people can perform in their sleep.

The older I have gotten, the more I have found this to be astoundingly true. It isn’t that someone who is good in school can’t learn some kind of survival skill — in fact, once I learned to cook, the creativity that served me so well when writing poetry opened up a whole new world of creativity in cooking.

But try and teach me to navigate, and you’ll quickly find out that I’m a lost cause. Ditto with understanding maps or how different pieces of furniture fit together to form a whole. I just can’t see it — I can’t grasp the big picture, and end up completely frustrated and feeling useless.

It breaks my heart to think of how many people are left feeling this way year after year in our educational system. My oldest daughter, for example, is brilliant in many ways — particularly in her intuitive grasp of bodily kinesiology. She’s just a natural athlete, and she can pick up anything after one or two attempts. She understands how to move her body to make it do what she sees other people doing in a way that is foreign to me.

Even now, as a late-in-life-athlete, I’ve learned how to move my body in many different ways. But I will never have the ability to watch someone hurdle, then go out and just do it like my daughter does.

Yet year after year, she leaves school feeling frustrated and stupid. She works hard, but she just doesn’t have the type of intelligence that our educational system values.

Unfortunately, I can’t change the system — but I can remind her that she possesses a valuable and rare kind of intelligence that other people will never have, no matter how hard they work. It’s the kind of intelligence that can take her to collegiate athletics or American Ninja Warrior or the Olympics — and if she ended up in any of those places instead of shining in academics, I will be so proud of her. I would much rather she make do in school and focus on developing her natural gifts than try and put herself in a box she’ll never quite fit in.

We should all remember that, whether we’re talking about our kids or our spouses or our colleagues or ourselves. Finding and focusing on their natural intelligence and their God-given gifts will make life — both ours and theirs — so much easier and more enjoyable than it would be if we focused on areas where we perceive them — or ourselves– to be “deficient.”

Everyone has gifts. Let’s encourage one another to find and use them, instead of trying to hold up one kind of gift as the only one that matters.