How St. Michael the Archangel led the Blessed Virgin Mary to heaven 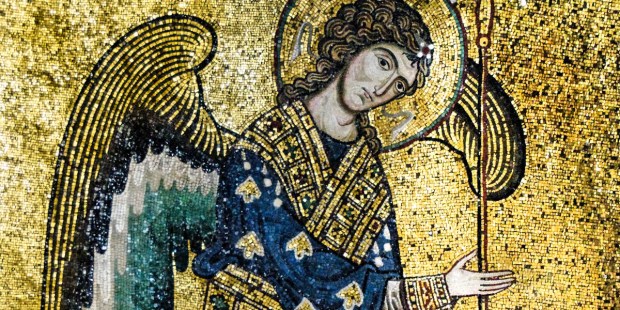 According to tradition, it was the holy archangel who led the Virgin Mary to heaven during her Assumption.

While little is known about the nature of the Virgin Mary’s Assumption into heaven, various traditions have been passed down over the centuries that relate the historical event and reflect on what could have happened.

For example, there are many different traditions, both from the East and West, that state St. Michael the Archangel was the principal angel in charge of leading the body and soul of Mary into heaven.

This is an ancient tradition, in accord with a belief that St. Michael was the angel who weighed the deeds of a deceased person and led them into eternal life. For this reason St. Michael is frequently depicted in statues or paintings holding scales. The liturgy of the Church appears to confirm this role of St. Michael with the following offertory chant said during a Requiem Mass.

O Lord Jesus Christ, King of glory, deliver the souls of all the faithful departed … let the standard-bearer holy Michael lead them into that holy light.

A medieval text known as the Golden Legend relates an encounter Mary had with an angel prior to her death, preparing her for her assumption.

Then behold, an angel stood before her amid a great light and greeted her reverently as the mother of his Lord. “Hail, blessed Mary!” he said, “receive the blessing of him who bestowed salvation on Jacob. See, Lady, I have brought you a palm branch from paradise, and you are to have it carried before your bier. Three days from now you will be assumed from the body, because your Son is waiting for you, his venerable mother.”

The angel’s name is not immediately revealed, but later on when Mary “died,” Jesus comes into the narrative and gives instructions to the holy archangel.

Christ nodded his consent and immediately Michael the archangel came forward and presented Mary’s soul before the Lord. Then the Savior spoke and said: “Arise, my dear one, my dove, tabernacle of glory, vessel of life, heavenly temple! As you never knew the stain of sin through carnal intercourse, so you shall never suffer dissolution of the flesh in the tomb.” Thereupon Mary’s soul entered her body, and she came forth glorious from the monument and was assumed into the heavenly bridal chamber, a great multitude of angels keeping her company.

While these legendary stories likely have no historical basis, they do provide for us a piece of meditation and invite us to consider how the Virgin Mary was welcomed into heaven by her Son and a company of angels. In particular, it would make sense for the “Prince of All Angels” to be at the forefront of those who welcomed the “Queen of Angels” into heaven.

What joy there must have been in heaven the day when Mary was reunited with her Son!

Read more:
Why is there a picture of the Virgin Mary sleeping?