Can fasting make you feel younger and live longer? 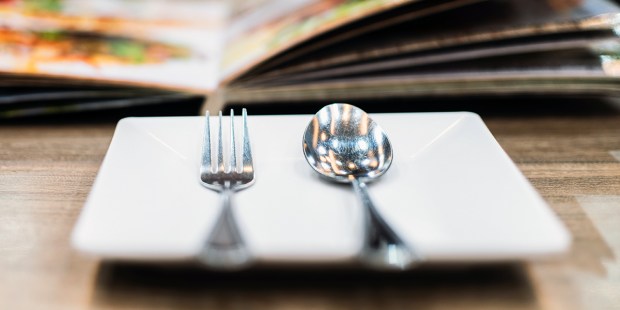 Turns out this ancient practice has newly-discovered health benefits.

A few years ago when we first started taekwondo and kickboxing, I struggled hard with the class hours.

Here was my struggle: I couldn’t eat dinner before taekwondo, because the activity was too vigorous. At most I could stomach an apple, but even that left me feeling nauseous sometimes. But I hated eating so late at night, because I’ve always heard that eating right before bed prevents your body from properly digesting your food.

Eventually, necessity won the day. After a few months I adjusted to our new lifestyle and began eating my biggest meal of the day after taekwondo — it was always pretty healthy, but it certainly wasn’t daintily portioned.

I started to realize that I wasn’t actually hungry in the mornings anymore, so I stopped eating breakfast. I gradually adapted a pattern of eating lunch around 1 or 2, having an apple before taekwondo around 5, and then eating dinner at 9 or 9:30. I was inadvertently adopting what’s called “intermittent fasting” … and to my surprise, I began losing weight and gaining muscle more quickly than ever before.

If I had known anything about intermittent fasting, though, I wouldn’t have been so surprised — intermittent fasting has been the subject of intense research over the past few years, with researchers finding that it does everything from help you lose weight to help you live longer, according to CNN:

According to experts, a critical aspect of fasting — which is different from simply restricting calories — is that the body undergoes a metabolic switch from using glucose to using ketones as fuel, a result of the depletion of liver energy stores and the mobilization of fat. (This switch also occurs during extended periods of exercise.)

“If ketones are not elevated, you don’t see the beneficial effects,” said Mattson. What’s more, these metabolic changes that occur during repeated “cycling” from fasting to eating may help to optimize brain function and bolster its resistance to stress and disease, both of which have positive implications for aging.

According to Longo, the presence of ketones in the blood signifies that on the cellular level, the body is “regenerating” itself, which protects against aging and disease.

The cool thing is that intermittent fasting can be applied in a million different ways. You can restrict the hours in which you eat every day, or you can restrict your calories two days out of every five — a pattern of eating that’s called the 5:2 diet, which is rapidly growing in popularity.

There’s also evidence that complete fasting for a few days a month can totally reset your immune system — which makes me wonder if the biblical directives to fast are intended to restore our physical health just as much as our spiritual health.

Regardless, pairing intermittent fasting with prayer might make it an easier and more sustainable practice to begin, and the benefits will certainly restore both spirit and body.

Read more:
7 Reasons you should give intermittent fasting a try