How many times has the Bible been translated? 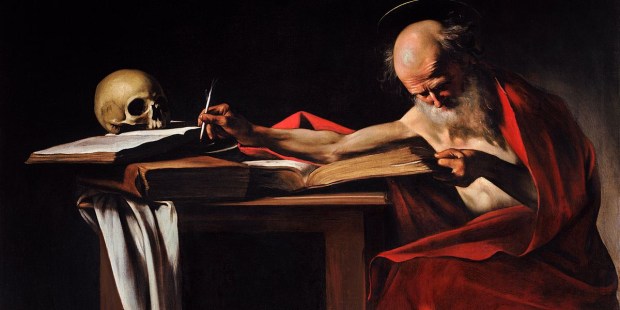 If Aramaic was good enough for Jesus … oh, wait.

If you think that’s a lot of translations, consider this: 3,000 is in fact a bit less than half of all the languages currently being spoken in the world. Now, out of those living 7,097 languages, only around 4,000 have developed a writing system, meaning there is still room for, let’s say, 1,000 more translations of the Bible into some other languages. That’s good news for translators.

But when, and why was the Bible translated, from its original languages into others?

Biblical translations were first required around the year 3 BC, as Alexandrian Jews had assumed Greek, the lingua franca of the day, as their first language, leaving Hebrew aside. Sometimes called “the Greek Old Testament,” this very first translation is better known as The Septuagint, and is even quoted in the New Testament (in the Pauline Epistles in particular, although not verbatim), by the Apostolic Fathers, and also by the Greek Church Fathers. St. Jerome makes it clear the Septuagint was not the only source the apostles used, but also explains New Testament writers, either when citing the Hebrew Scriptures, or when quoting Jesus doing so, used the Greek translation, implying they considered it reliable.

Its name, “Septuagint” (“the 70”), is the stuff of legend: tradition claims the Greek king of Egypt Ptolemy II Philadelphus asked 72 Jewish scholars (six from each of the 12 tribes of Israel) to translate the Torah from Biblical Hebrew into Greek. According to the tractate Megillah in the Babylonian Talmud, the king “placed them in 72 chambers, each of them in a separate one, without revealing to them why they were summoned. He entered each one’s room and said: ‘Write for me the Torah of Moshe, your teacher.’ God put it in the heart of each one to translate identically as all the others did.”

This translation, written in Koiné Greek (that is, the lingua franca of the Mediterranean in late antiquity, also known as Alexandrian dialect), originally comprised only the Torah (that is, the first five books of the Hebrew Bible, the Pentateuch). After that, other books were translated over the next two or three centuries, being completed in the year 132 BC. This very first translation is the basis for later translations into Old Latin (“Vetus Latina”), Slavonic, Syriac, Old Armenian, Old Georgian, and Coptic Christian versions of the Old Testament.

But even if early Christians were all fluent in Greek, with the spread of the faith through the Roman empire, the need for a Latin version arrived sooner rather than later. As early as in the 2nd century, there are already plenty of translations (with plenty of additions and corruptions) circulating around Italy and Northern Africa. In fact, St. Jerome himself (the great translator of the Bible from Hebrew and Greek into Latin, responsible for the Vulgate) claims that by the 4th century “there are as many texts as manuscripts”.

In the year 382, Pope Damasus asked Jerome to provide a definitive Latin version of the Gospels, using as basis the “Vetus Latina” that was already in use by then. Jerome took the task further, and translated as many books of the Bible as possible, using original Hebrew and Greek texts, Septuagint included, from his monastery in Bethlehem. This translation was so widely adopted that eventually the Vetus Latina ran out of use. By the 13th century, Jerome’s translation was already referred to as the “versio vulgata,” which is Latin for “the version commonly used.” The Council of Trent (1545-1563) confirmed the Vulgate, as it is known in English, as the official Latin Bible of the Roman Catholic Church (until 1979, when the Nova Vulgata was promulgated).