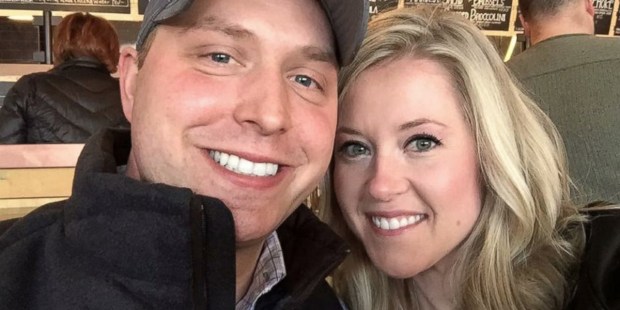 “Do not open until your 1st disagreement,” it said. They waited 9 years.

Kathy and Brandon Gunn shared on Facebook the story of a wedding gift they received from their Aunt Alison—and which they only opened nine years later.

The box came marked with a clear message: “Do not open until 1st disagreement. Aunt Alison.” They obeyed — at least, in part. They didn’t open it right away, but neither did they open it right after their first fight. “There had obviously been plenty of disagreements, arguments and slammed doors throughout our 9 years … but we never opened the box. I honestly think that we both avoided turning to the box, because it would have symbolized our failure,” Kathy wrote.

The couple always reflected and wondered whether their disagreement was really serious enough for them to unveil the secret of the box. Thinking about that box, Kathy says, “forced us to reassess situations,” to see if they could solve the problem without falling back on their aunt’s gift. “All along, we assumed that the contents of that box held the key to saving a marriage – an age old trick – unbeknownst to us rookies. After all, my Great Aunt and Uncle had been married for nearly half a century.”

In the end, when the couple ended up deciding to put an end to the mystery and open the box, it wasn’t after a fight. It was when they’d come to the conclusion that they’d been married for 9 years and apparently didn’t need the emergency fallback anymore.

What was the secret marriage-saving gift? Inside the box were two bundles of cash, one for Kathy and one for Brandon, with instructions. Kathy’s instructions read, “Go get a pizza, shrimp, or something you both like. ♥︎ Aunt Alison. Get a ‘bath’ ready.” In addition to the money, there was a gift box of bath products. Brandon’s said, “Go get flowers and a bottle of wine. ♥︎ Aunt Alison” The wine glasses were also included in the box. It was an invitation for them to leave their differences aside and do something romantic and special together, each thinking of the other instead of him or herself.

It was by far the greatest wedding gift of all. For 9 years (and three moves) that box sat high on a shelf in various closets gathering dust, yet it somehow taught us about tolerance, understanding, compromise and patience. Our marriage strengthened as we became best friends, partners, and teammates. Today, we decided to open that box, because I finally had a realization. I realized that the tools for creating and maintaining a strong, healthy marriage were never within that box – they were within us.

Read more:
The wedding bowl: How an old family tradition is helping my marriage

Read more:
5 Ways to make it to your 60th wedding anniversary