Join in the celebration of a great saint in the heart of the Big Apple.

St Patrick’s Day is perhaps one of the most joyful holidays in New York City. Bagpipes, corned beef and cabbage, and green-tinted beer, all rolled out in New York-style, to celebrate the life of the patron saint of Ireland.

The seemingly endless parade that joyfully swaggers up Fifth Avenue, passing the threshold of the majestic St. Patrick’s Cathedral with throngs of cheering people dressed in some manner of green, is the centerpiece of the day. The cathedral stands as a testament to the faith of a nation, whose strong hands proudly built the soaring spires that stand tall amid concrete and steel companions in the heart of a city that knows how to celebrate.

The day appropriately begins with Timothy Cardinal Dolan saying, “In the name of the Father, and of the Son and of the Holy Spirit …,” and the celebration of Mass packed to capacity reminds all in attendance what the day represents. In fact, in Ireland the day is both a solemnity and a holy day of obligation. 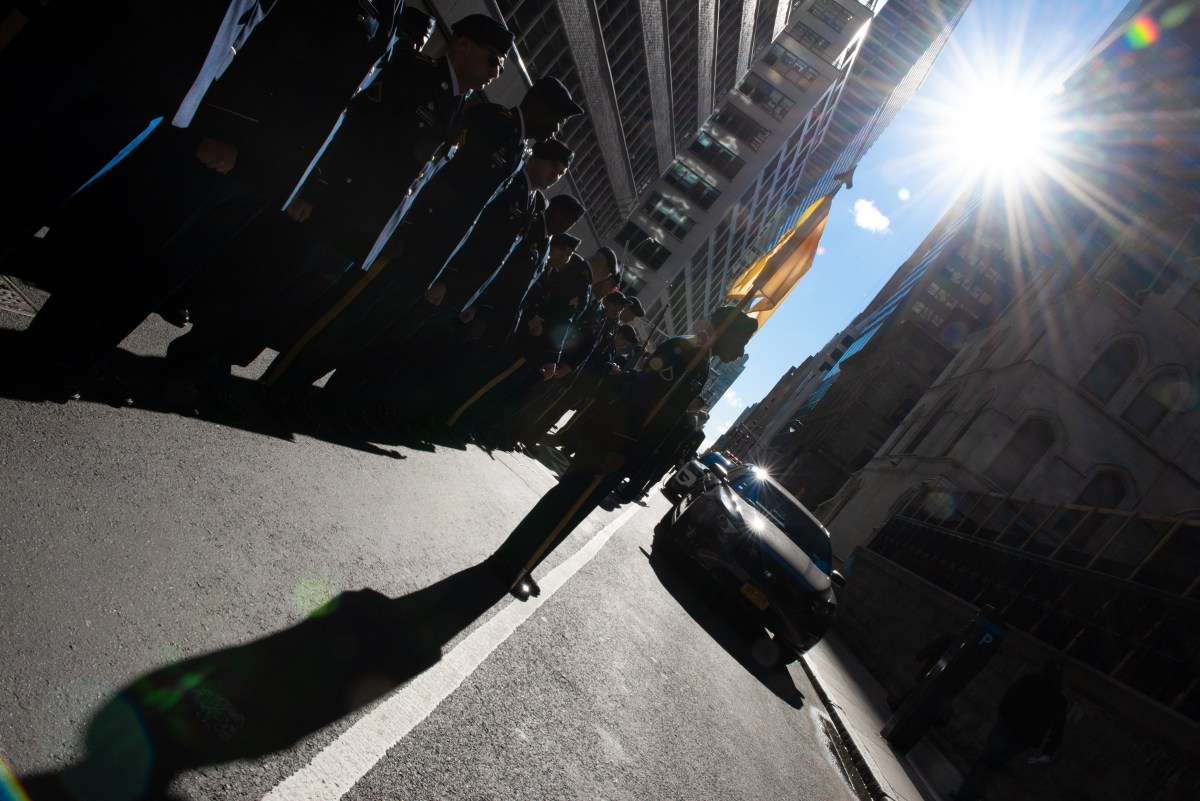 St. Patrick, regarded as the “Apostle of Ireland,” is said to have been kidnapped in his early teens by Irish pirates from his native land of Britain and forced into service as a shepherd in Ireland. Several years later he was able to make his way back home, where he then began his studies to become a priest. After a vision, he returned to Ireland as a missionary.

When he began to preach the Gospel he was nearly killed by a powerful chieftain, but was spared and eventually the chieftain himself was converted, and Patrick was free to preach across the nation.

For 40 years he proclaimed the Gospel and ultimately converted the nation. He built churches and worked many miracles, and is credited with using the lowly shamrock, now the symbol of St. Patrick’s Day, to explain the Trinity. He died on March 17, the day that is a memorial to his legacy and his complete devotion to God.

So while the popular saying “Everybody’s Irish on St. Paddy’s Day!” is shouted with warmhearted cheer to all those not so graced with an Irish heritage, it’s good to remember the man that all the festivities are in honor of. And perhaps, and in the same spirit of celebration, it would be nice to say that “Everyone’s Catholic on St. Patrick’s Day!” — if not in fact, then perhaps as an invitation. It’s the same invitation St. Patrick extended to the people on that island that he devoted his life to saving, the same invitation that Jesus extends to us. I think St. Patrick would like that.

A poem of faith by St. Patrick