No human power has any jurisdiction over secrecy of confession, pope affirms 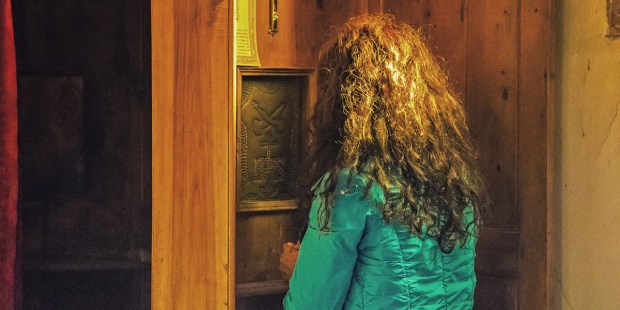 The leader of the 800-year-old Vatican office that is responsible for matters involving the Sacrament of Confession released a document today affirming the “absolute inviolability” of what is known as the seal of confession, the guarantee that a priest can give no information in any way about what is said in confession.

The Note is of particular interest in the United States as the government of California debates a law that would attempt to mandate priests to reveal confessions if sexual abuse has been admitted.

The leader of the Vatican office, Cardinal Mauro Piacenza, the major penitentiary of the Apostolic Penitentiary, in the Note, addresses this issue head-on.

It should be noted that the text of the Note cannot and does not seek to be any way a justification or a form of tolerance towards the execrable cases of abuse perpetrated by members of the clergy. No compromise is acceptable when it comes to promoting the protection of minors and vulnerable people, and of preventing and combating all forms of abuse, in the spirit of what Pope Francis has constantly reiterated and has recently regulated with the Motu Proprio Vox estis lux mundi.

But Cardinal Piacenz writes, the seal of confession is simply not something that can be done away with.

is based on divine law and does not admit any exception. The priest confessor, acting in persona Christi capitis, knows the sins of the penitent “not as a man, but as God,” according to a well-known expression of Saint Thomas Aquinas. For this reason, he is called to defend the secret of the content of the Confession not only through “loyalty” to the penitent, but, moreover, out of respect for the sanctity of the sacrament. …

The secrecy of confession is not an obligation imposed from the outside, but rather an intrinsic requirement of the sacrament and, as such, can not be dissolved even by the penitent. The penitent does not speak to the confessor as a man, but to God, so to stake a claim to what rightfully belongs to God would be a sacrilege. It concerns the defence of the sacrament itself, instituted by Christ to be a safe harbour of salvation for sinners. If trust in the seal were to be defrauded, the faithful would be discouraged to access the sacrament of Reconciliation, which would obviously lead to serious damage to souls.

The cardinal draws a distinction between the obligation of the seal of confession and other types of secrecy that apply to certain professionals, such as doctors and lawyers. The two things are not comparable, he said, and so exceptions to professional secrecy which secular law admits do not apply to the confessor.

The priest confessor, acting in persona Christi capitis, knows the sins of the penitent “not as a man, but as God”

Priests are ready to die for this

Cardinal Piacenza noted that it is the Church’s concern for souls that has led it to establish the “most severe penalties for those who violate the seal.” No exception is admitted even in the ecclesial context — for example, the opinions of confessors of spiritual directors are not sought before a man is admitted to the priesthood, so even less are exceptions admitted in the civil sphere.

The defense of the seal on the part of the confessor, “if necessary usque ad sanguinis effusionem (up to the shedding of blood),” is not only an act of “dutiful loyalty” to the penitent, but it is also “a necessary testimony – a martyrdom” made for both Christ and the Church, he said.

The Note was released with reference to the pope’s visit and address to the Apostolic Penitentiary earlier this year. On that occasion, Francis spoke of the seal.

Reconciliation itself is a benefit that the wisdom of the Church has always safeguarded with all her moral and legal might, with the sacramental seal.

Although it is not always understood by the modern mentality, it is indispensable for the sanctity of the sacrament and for the freedom of conscience of the penitent, who must be certain, at any time, that the sacramental conversation will remain within the secrecy of the confessional, between one’s conscience that opens to grace, and God, with the necessary mediation of the priest.

The sacramental seal is indispensable and no human power has jurisdiction over it, nor can lay any claim to it.

The release of the Note concluded:

By publishing a Note on the importance of the internal forum and the inviolability of the sacramental seal, the Penitentiary has the absolute conviction that “the defence of the sacramental seal and the sanctity of confession can never constitute a form of connivance with evil; on the contrary, it represents the only true antidote against the evil that threatens man and the whole world, are the real possibility of surrendering to the love of God, of allowing himself to be transformed and transformed by this love, learning to correspond to it concretely with his own life.”

Read more:
These 5 martyr-priests make perfect intercessors as we pray for the priesthood