Addicted to lust? Alessandro Serenelli could be your new patron saint for breaking free 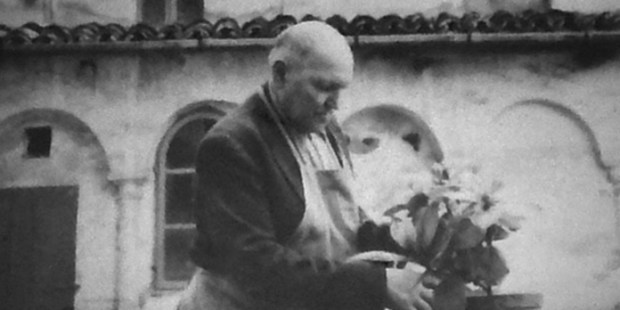 For those struggling to break free from bad habits, the repentant murderer of St. Maria Goretti could be a new intercessor.

One of the greatest struggles many people have in today’s modern culture is with lust. The increasing availability of pornography through mobile devices and computers has only made problems worse.

For many, breaking free from various sexual addictions is very difficult.

This is why we need the help of God, as well as solid programs that lead to the path of freedom (like STRIVE by Matt Fradd, for example). One way to invoke the grace of God is to do so through the intercession of the saints.

And there might be a new saint around the corner who understands the traps of lust.

His name was Alessandro Serenelli (1882-1970), and he is best known as the 20-year-old neighbor who tried to rape 11-year-old St. Maria Goretti. When she struggled against his assault, begging him to remember his own soul, he stabbed her 14 times.

Yet, on her deathbed, St. Maria Goretti said, “I forgive Alessandro Serenelli … and I want him with me in heaven forever.”

Alessandro was sent to prison and was initially unmoved. However, St. Maria Goretti appeared to him in his cell and forgave him again. This had a profound impact on Alessandro, who shortly thereafter began the road to conversion.

Alessandro, who was considered a minor under Italian law when he committed his crime, remained in prison for 27 years. Once he was freed, Alessandro visited Maria’s mother and asked for her forgiveness as well. They both attended Mass together and were reconciled.

Alessandro then moved to a Franciscan monastery and worked as a gardener there for the rest of his life.

Before his death in 1970, Alessandro wrote a “spiritual testament,” where he expressed his contrition, even explaining how he had been consumed by pornographic materials, many of which were supplied by his own father, Maria’s family’s landlord and employer.

I am almost 80 years old, and near the end of my days.

Looking back on the past, I recognize that, in my early youth, I went down a false path: the way of evil, which led me to ruin.

I saw the world through the news, entertainment, and bad examples that most young people follow without giving them a thought: I didn’t think about it either.

Read more:
The spiritual testament of a murderer and failed rapist

Alessandro desired greatly to follow after the example of St. Maria Goretti and wrote, “And now, with serenity, I await the moment of being admitted to the vision of God, of embracing my loved ones again, of being near my protecting angel [Maria] and her dear mother, Assunta.”

His repentant life has become an inspiration to many, and a Prayer for the Glorification of Alessandro Serenelli has been printed and made available to pilgrims who venerate the relics of St. Maria Goretti. While his cause for canonization has not yet been opened, it is hoped that one day his example will be officially recognized by the Church.

Individuals are encouraged to use the prayer and invoke his intercession, asking for a miracle. Especially for those who are addicted to lust, Alessandro could be a powerful intercessor, knowing firsthand the deadly consequences of sin.

Read more:
Priest: I wish I could show you the face of pedophilia and child pornography