10 Stunning places with deeply religious meaning in the UK

US intelligence agency creates map of Europe's holy places, and here are just 10 out of the total 20,808 locations.

When you think of government organizations, especially those related to intelligence, you might not think that they’d be busy collating information on “holy places.” Yet, the US National Geospatial-Intelligence Agency, or NGA, has been busy compiling information that maps out the places in Europe that has “saint” or “holy” in its name. The information was put onto a map and the results are revealing, a little surprising, and pretty fascinating, as shown on the Polish newsite Biqdata.

The country coming in at the top of home to holy places is the now-secular France, with 8,963 spiritually inspired locations. Second on the list comes Spain, with a still impressive 4,444 places. Maybe a little surprisingly, Italy is third on the list with 2,638 places. In northern European countries, holy men and women didn’t make as much of an impact, with only 2 place names having a religious connotation in both Sweden and Norway.

While the Mediterranean countries were identified as having many holy places — and interestingly, the map also reveals the clusters of these locations formed around the continent — the UK has still notched up 327 holy places while Ireland has just 34.

It should be noted that the NGA didn’t always consider local language in their findings. In Gaelic, for example, the prefix “Kil” means church. If these locations were put on a map there would be hundreds more towns in Ireland with significant religious meaning, with Kildare, Kiliney, Kilkenny to name but a few.

Similarly in Wales, the prefix “Llan” also means church and the Celtic country is littered with villages, towns, and cities beginning with the tricky-to-pronounce prefix, including Llanfairpwllgwyngyllgogerychwyrndrobwllllantysiliogogogoch, the town with the longest name in Britain that means “St. Mary’s church in the hollow of the white hazel near to the fierce whirlpool of St. Tysilio of the red cave.”

To take a tour of everyday spiritual locations in the UK, often inspired by some lesser-known saints, just click on the slideshow. You might just find yourself packing your bags and heading over to visit some of Britain’s most beautiful and oldest towns. 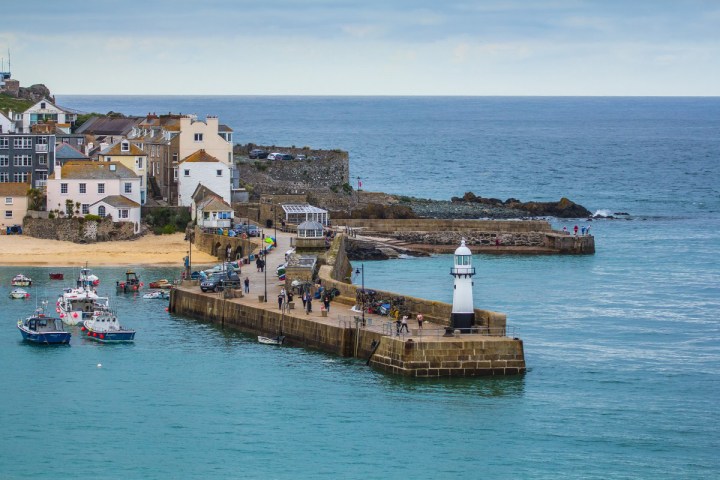 Read more:
11 US Catholic churches and shrines with unique aesthetics