Cardinal Tagle says it reminds him of his own childhood in the Philippines, where every evening his mother would read books to the children

A sweet children’s board book by Pope Francis compiles brief texts from the Holy Father to emphasize the message that children are the hope of the world.

The book was launched in the Bambino Gesù Children’s Hospital with Cardinal Luis Tagle,  the new prefect of the Congregation for the Evangelization of Peoples.

Introducing the volume, Cardinal Tagle said that “where there are no children, there is no future.”

The book, he said, is “a breath of fresh air” as it is full of images of joy, energy, and life. He said it reminds him of his own childhood in the village of Imus in the Philippines, where the family had no television set and where every evening his mother would read simple books to the children.

He noted that in the book the pope speaks directly to children, choosing simple words that invite them to be generous, to not be afraid to cry, to do good in life, but also to smile and to dance for joy.

“You and I can make the Earth a more beautiful place” and “the best way to win a conflict is not to start it,” are among the pope’s words chosen to make up the text of the volume.

On the very first page, Pope Francis says, “When I see a child like you, I feel so much hope in my heart”; next to it is a mirror in which the child sees his or her own reflection. 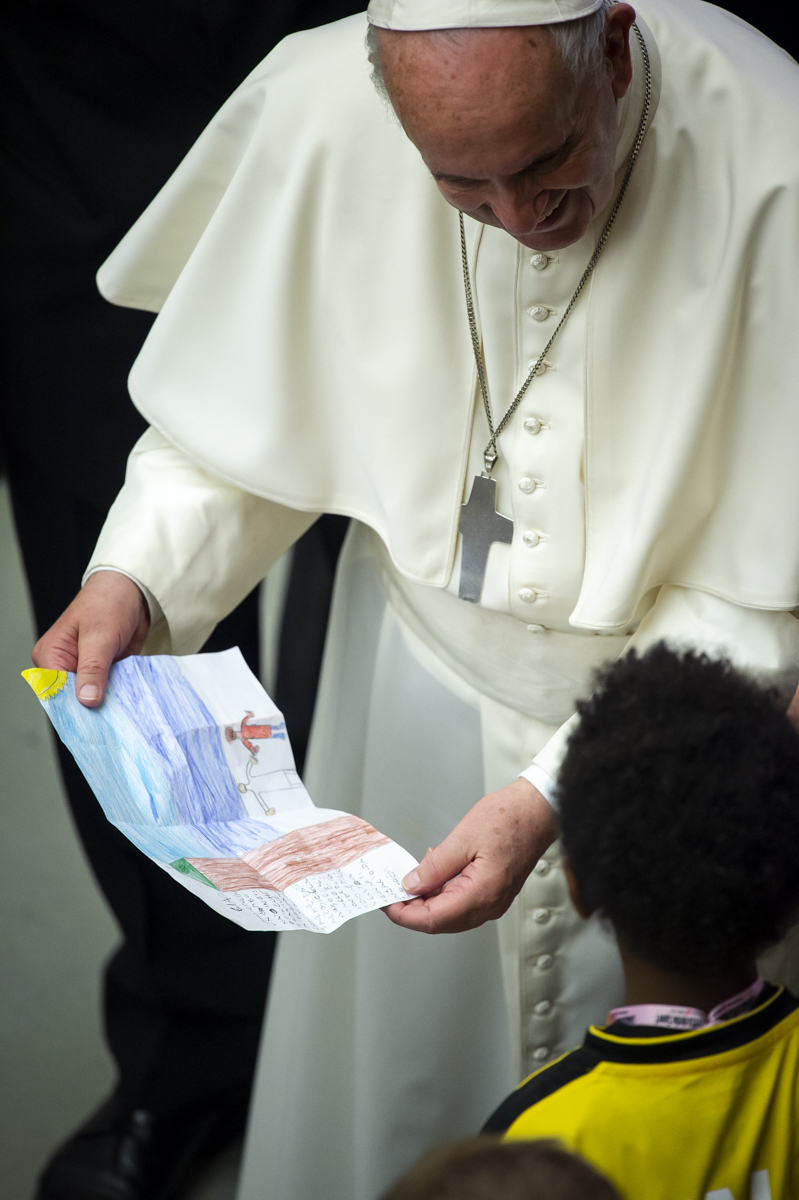