Faithful invited to spend time in prayer before the relics of the young "computer geek" soon to be recognized as Blessed.

The tomb of soon-to-be Blessed Carlo Acutis, the young Italian known affectionately as a “computer geek saint,” was opened October 1 so the public could venerate his relics prior to the beatification.

Acutis is buried in Assisi, where the beatification will take place on October 10.

Bishop Domenico Sorrentino of Assisi celebrated a Mass today for the opening of the tomb, saying that “today Carlo becomes in some sense visible again, the beauty of his presence among the angels and the saints. Carlo helps us to follow his footsteps and convert to Jesus.”

As is customary, Acutis’ body was exhumed during the investigations for his beatification. At that time, there were initial reports that his body was incorrupt, though this was later stepped back. 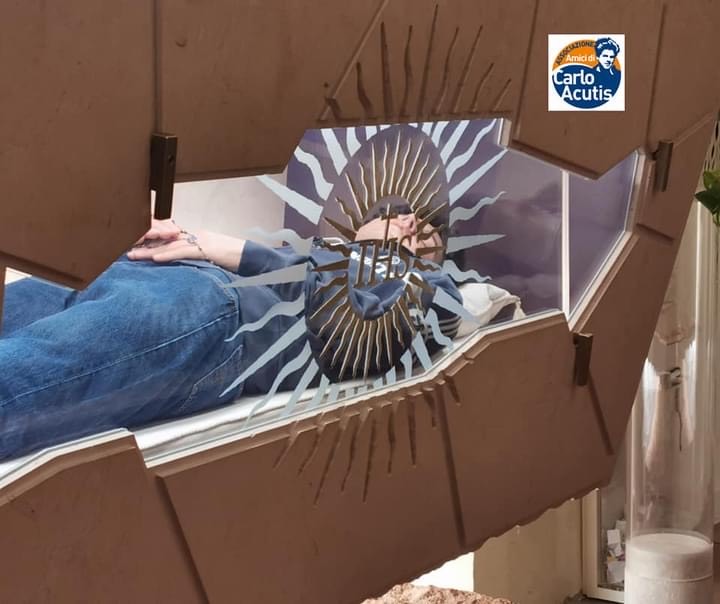 According to a report from Catholic News Agency, a spokeswoman for Acutis’ beatification told CNA that the entire body was present, but “not incorrupt.”

The bishop spoke of the body being prepared with love for the viewing, noting how our mortal bodies will be resurrected again.

Fr. Carlos Acácio Gonçalves Ferreira, the rector of the shrine where Carlo’s tomb is, said that his body was discovered “fully integral,” though not intact.

He also spoke of the way that the remains are presented. “For the first time in history we will see a saint dressed in jeans, sneakers, and a sweater,” the rector said. “This is a great message for us; we can feel holiness not as a distant thing but as something very much within everyone’s reach because the Lord is the Lord of everyone.”

The lead-up to the beatification and the week following will include a variety of events to present Blessed Carlo’s legacy of holiness. Notably, on October 5, his mother will give her testimony, as well as some of Carlo’s close friends.

Read more:
Miracle attributed to Carlo Acutis given the OK from doctors