Visit the relics of the Eucharistic miracle of Lanciano, Italy

According to tradition, when an 8th-century priest doubted the Real Presence, the host was transformed into Flesh and the wine into Blood

Jesus said to [Thomas], “Have you come to believe because you have seen me? Blessed are those who have not seen and have believed.”(John 20:29)

Though there are a number of Eucharistic miracles throughout Italy, the one in Lanciano is the most remarkable.

Lanciano is a medium-sized city of ancient Roman origins in the central Italian region of Abruzzo near the Adriatic Sea. The miracle took place in the 8th century in a small church dedicated to Sts. Longinus and Domitian. It was then entrusted to a small group of Eastern Rite monks of the Basilian Order.

The story of the Eucharistic miracle

According to legends and written records, one of the priests doubted the Real Presence of Jesus in the Eucharist. While celebrating Mass, no sooner had he pronounced the words of the consecration than the host was transformed into Flesh and the wine into Blood. Soon the Blood coagulated into five irregularly shaped globules.

The relics were kept in the church of San Longinus until construction of the church of San Francesco was completed. In 1920, they were placed behind the high altar where they remain today. The church is under the custody of the Conventual Franciscans.

Visiting the church where the relics are kept

Upon entering the nave, the visitor’s eyes are immediately drawn to what is behind the main altar. Beneath a monumental marble ciborium is a notable marble tabernacle containing the Eucharistic miracle.

The entirety of the canopy is hidden behind a tall, majestic, dark veil. It is suggestive of the veil of the Temple of Jerusalem – the covering that separated the sacred space from the Holy of Holies, the inner sanctuary of the Tabernacle where God appeared.

Close viewing access is possible thanks to a stairway immediately behind the relics. The Flesh is preserved within an impressive artistic silver monstrance, work of a Neapolitan artist from the early eighteenth century. The Blood globules are contained in a 17th-century rock crystal chalice.

With the Eucharistic Miracle of Lanciano, the Host is circular in shape and is similar in size to the large host used during Mass. It is flat though it is believed it was once in the shape of a heart. Some suggest it was flattened at some point to fit into a reliquary. There are numerous pinholes around the edge, possibly due to small nails that were initially applied to stretch it out for display. The large space is believed not to be deterioration, but one of the cavities of the heart.

A scientific investigation into the relics

In November 1970, at the request of the archbishop of Lanciano and with the authorization of the Vatican, the Franciscans submitted the relics to the test of science.

The task was entrusted to Dr. Edoardo Linoli, head of service at the Arezzo hospital and professor of anatomy, histology, chemistry and clinical microscopy, assisted by Prof. Ruggero Bertelli of the University of Siena.

On March 4, 1971, a detailed account of the studies were released. Here are the main conclusions:

Those who studied the miracle agreed that it was extraordinary how the Flesh and Blood remained preserved over the course of 12 centuries, despite having been left in their natural state and continuously exposed to the atmosphere and biological agents.

Beneath the church is an archaeological site revealing parts of the ancient church, San Longinus, where the miracle took place.

Every Mass is a miracle

While a major miracle such as in Lanciano can be striking, we should never forget that each time we attend Mass, we witness a miracle. At consecration, the substance of the bread and wine is transubstantiated into the Body and Blood of our Lord, though the “accidents” – the characteristics – of bread and wine usually remain. God permits us to observe, occasionally, events such as in Lanciano in which not only the substance changes, but the accidents, too.

Though no one knows the mind of God, perhaps this is so, like the Basilian monk and St. Thomas, we too may “see and believe.” 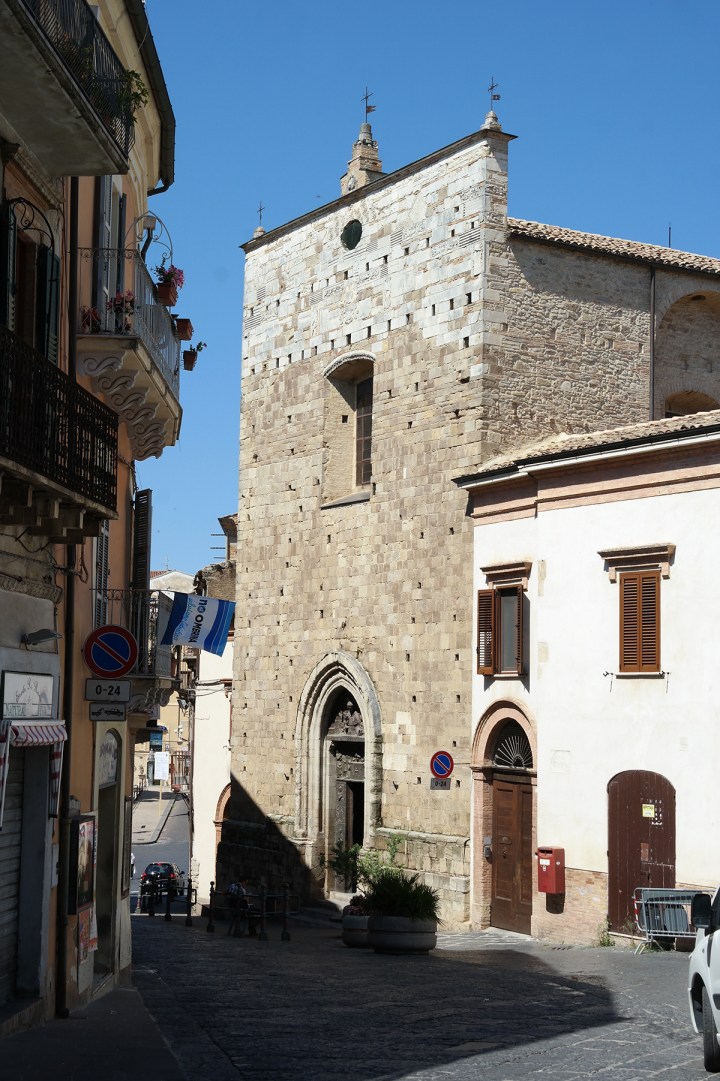 Read more:
How a Eucharistic miracle is approved by the Church

Read more:
Take a pilgrimage to one of these sites where Eucharistic miracles took place