Who wears the pants in your relationship? 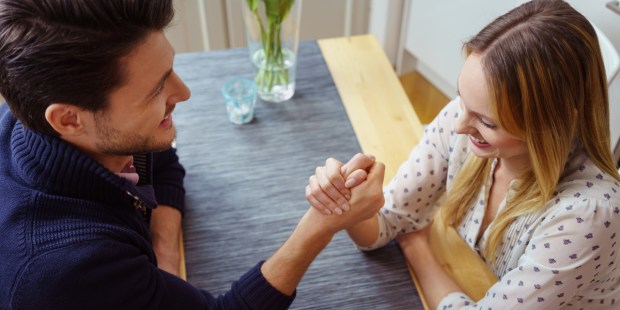 When we suddenly hear a man loudly affirm “I’m in charge!” it is most likely that it’s his wife actually rules the roost. So, who’s really the boss?

Looks can be deceiving inside a couple or a family, and the person “in charge” is not necessarily the person we might think.

Actually, there are two kinds of power in a relationship: the official and the unofficial (real) one. In the past, men officially held the authority. They were the official heads of the family. Often, however, the unofficial power lay in the hands of their wives, who skillfully arrived at their ends while letting their husbands assume they were making all the decisions by themselves. To this day, some couples continue to operate in this fashion. But there is also other scenario, when this unofficial power simply falls into the hands of children, who impose their choices and their ways of seeing things on their “understanding” parents.

The art of making decisions together

Any community, be it international, national, or just a married couple, requires rules about decision-making and therefore the existence of “authority.” On a national scale, we can clearly observe the confrontation of different power players: the government, the media, the trade unions, the banks, public opinion, the lobbyists, etc.

On the scale of a couple, there also exists a more or less evident confrontation and sometimes power struggle between the two personalities that do not wish to be crushed. The early days of a married couple are often so tough for this very reason – each is trying to find his marks, to stake his territory and prevent the other from getting the upper hand. Later, one of the spouses learns the subtle art of maintaining his or her sway over the other, or on the contrary allows himself to be subjugated. What is there to say of the prodigious power exercised at the right moment by a woman, who through her tears, gently blackmails her husband (“If you really loved me, you would do as I asked you”) into obtaining what her heart desires? And what is there to say of the prodigious power of inertia on the part of certain husbands hermetically closed off to the appeals of their wives for more tenderness, help with the family duties, and spirituality?

How can we overcome these power struggles, if not by initially becoming aware of them? Through honest conversation, a couple can try to detect the various domains, where one holds the upper hand and the other feels deprived or even crushed. It is common to hear one of the spouses, in a couple undergoing crisis after years of living together, reproach the other for not allowing them to live their life.

To love each other is for two people to become one, however, it only remains to be seen which one? They will also have to renounce the temptation of feeling all-powerful, the sensation that goes all the way back to childhood and seek every opportunity to take advantage of the loving ways of the other partner to better boss him or her around. At the start of a life together, a man is capable of consenting to thousands of whims on the part of his sweetheart, but if she abuses the incredible power she has, the man will grow tired of her.

We can only command the other in obeying them

“Nonviolence is both the most practically sound and the most morally efficient way,” wrote Martin Luther King. One Egyptian proverb claims that “a woman is doubly attached if chained with love.” One satirist has added “especially if the chains links are made of precious stone.” While renouncing a backward form of feminism, the couple should let love be the judge of their differences in opinion and prevent them from transforming into commands. They should allow the love that they respectively feel for each other to help them find a compromise without resorting to blackmail. It is also important that all members of the family, including children, dispose of their free space where they can find and experience fulfillment, so that later they can return and share it with the others.

Finally, it is essential to imitate the ways of God in his relationship with mankind. Actually, He who is All-Mighty has established a covenant with men instead of dominating them. His Son descended to Earth, and in his wonderful Incarnation placed Himself on the same footing with them. “Christ Jesus, who being in the very nature God, did not consider equality with God something to be used to his own advantage; rather, he made himself nothing by taking the very nature of a servant, being made in human likeness. And being found in appearance as a man, he humbled himself by obedience to death – even death on a cross” (Philippians 2:5-8).

Let us try to be attentive to the needs and the desires of the others in our families, and find the right solutions that correspond to the expectations of each, and the common good of all.

Read more:
How to take back your power as a parent when it comes to technology and your kids