Christians’ Role as Political Players in Middle East Could Be History 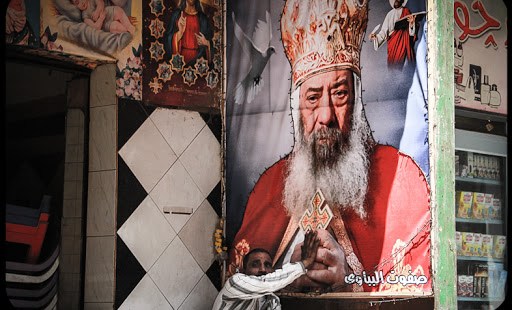 The region would look very different today without their influence

Middle Eastern Christians today stand in grave peril, especially in lands like Iraq and Syria. Not long ago, though, they not only seemed firmly established in the region, but actually enjoyed disproportionate power and influence. Startlingly, perhaps, they must be counted among the main creators of the region as it stands today, and of its political patterns.

The story starts with the Ottoman-directed massacres of 1915, which chiefly targeted the Armenians, but also other Christian minorities such as the Assyrians and Maronites. Although Christians survived in numbers elsewhere in the Middle East, those communities could never forget the years of slaughter, which profoundly shaped their later actions.

After the First World War ended, Christians faced an agonizing dilemma. A generally livable old order had collapsed, and it was not clear which of several strategies might serve best in the puzzling world that was emerging from the wreckage of the old empires. The war created a new political order in the Middle East and ignited new forces of Arab nationalism and Islamic revival. As Christians included the better educated and more prosperous groups, they naturally played a major political role, but they had to strike a delicate balance. While Arab Christians were politically active, they were nervous about the rise of Islamic movements, all the more so when Muslim birth rates were so much higher than their own. As the Christian minority shrank in size and influence, they faced an increasing likelihood of persecution by a future Muslim majority and conceivably something like a repetition of 1915. So how could they create a strong and independent Arab world without awakening the Islamic giant? How could Christian Arabs avoid another Turkey, another Armenia?

One option was secession, to create a distinctive Christian state, almost a reservation or refuge under imperial protection. In 1920, the French created something like this in the new statelet of Lebanon, although other similar attempts failed bloodily. The ancient Nestorian community was utterly defeated in its effort to create an Assyrian realm on Iraqi territory.

More commonly, though, Christians tried to find a way out of the dilemma by seeking to lead a wider community that defined itself as Arab rather than simply Christian or Muslim. Christians responded to the new political environment by espousing movements that could gain mass popular appeal while remaining strictly secular and religiously neutral. Although this was in no sense a cynical strategy, it simply made practical sense for Christians to lead their societies in secular, progressive directions.

Christians promoted both nationalism and secularism, founding or leading many of the movements that proved so thorny for the European empires that sought to dominate the region, especially the British and French. Christians were among the founders and most visible militants of the region’s once-thriving leftist, socialist, and Communist groups.

Others became enthusiastic patriots for secular nationalist causes and pan-Arabism. A founding text of modern Arab nationalism was The Arab Consciousness, published in 1939 by Damascus-born Orthodox Christian Constantin Zureiq, who created the idea of the “Arab mission.” Another Orthodox son of Damascus was Michel Aflaq, cofounder of the Ba’ath (Renaissance) Party that played such a pivotal role in the modern history of both Iraq and Syria. The pioneering history of modern Arab nationalism, and a manifesto for that cause, was The Arab Awakening (1938), by Lebanese-born George Antonius—another Orthodox Christian. The history of Arab politics in the twentieth century is a saga of thinkers and leaders with such solidly Christian names as George, Michael, and Anthony.