Blood and terror on the Bridge 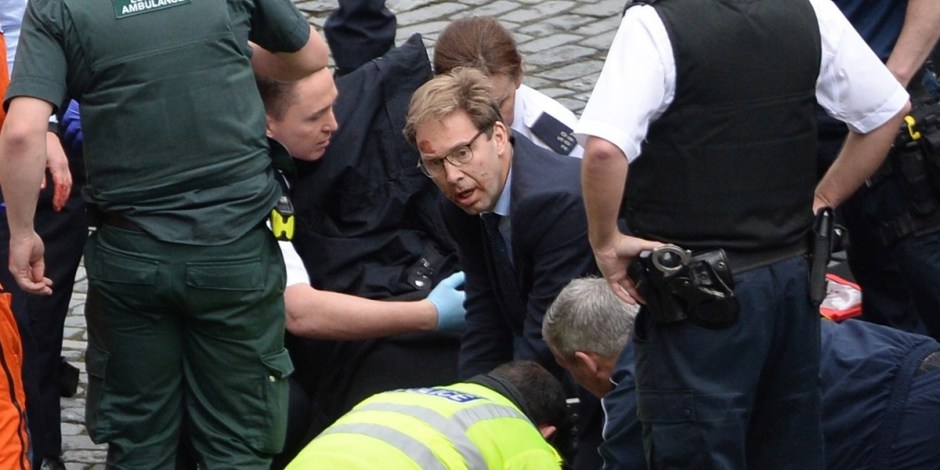 LONDON, ENGLAND – March 22, 2017: Conservative MP Tobias Ellwood (centre) helps emergency services attend to a police officer outside the Palace of Westminster, London, after a policeman was stabbed and his apparent attacker shot by officers in a major security incident at the Houses of Parliament.

The assailant has been identified as Kent-born Khalid Masood. Police say 50 people were injured, more than half requiring hospitalization, after Masood drove his car into pedestrians on Westminster Bridge, killing three.

After abandoning his vehicle Masood stabbed an unarmed police officer, who later succumbed to the injuries, before police shot him down. Five people died, including Masood, before his attack was brought to an end.

Prime Minister of the UK Theresa May spoke on Thursday, addressing the events of the previous day:

“Yesterday an act of terrorism tried to silence our democracy. But today we meet as normal — as generations have done before us, and as future generations will continue to do — to deliver a simple message: we are not afraid. And our resolve will never waver in the face of terrorism.

“And we meet here, in the oldest of all Parliaments, because we know that democracy — and the values it entails — will always prevail.”

Elizabeth Scalia has written a wonderful prayer for times such as these:

Our times need all three of these angelic aspects. Let us pray.

O Holy Archangels, first and eternal servants of God the Creator, we call upon you in recognition of your heavenly offices,
you, Micha-el, the Great Defender,
you, Gabri-el, the Holy Adviser,
you Rapha-el, the Bearer of Restoration,
Hear the prayers of a people in great need of your patronage as we struggle to live through a confused, violent, and divided age. Help us to discern our roles within this tumult, as People of God, People of Christ, People of the Cross, and of the Resurrection.