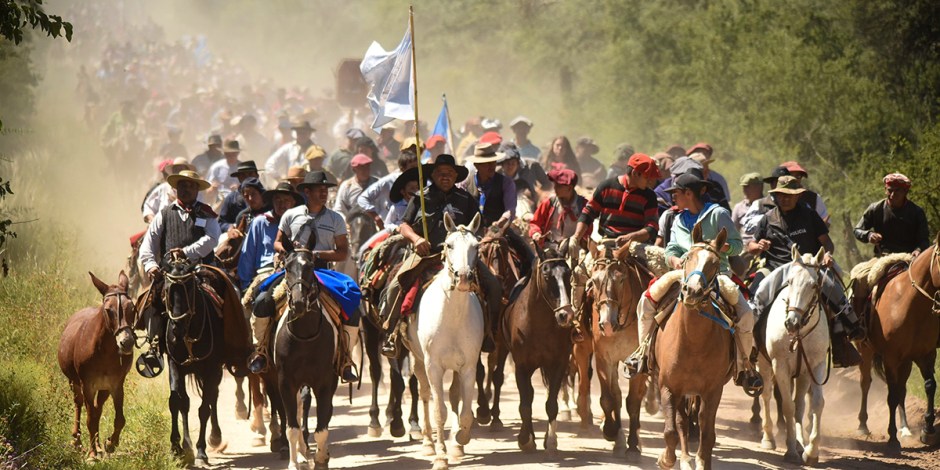 Several hundred faithful travel by horse and foot on the path of Saint Jose Gabriel del Rosario Brochero in a week long pilgrimage through the towns and foothills of the Valley of Traslasierra which he devoted all of his energy to those who required his help and no sick person was left devoid of the sacraments, as there was no force that could stop him helping them, and he had even said “woe if the devil is going to rob a soul from me”.

He was known to travel long distances in Argentina on the back of a mule dressed in a sombrero and a poncho to serve the needs of the Christian faith throughout his huge parish.He became affectionately known as “the Gaucho priest” and the “cowboy priest”.

Photograph by Marko Vombergar for Aleteia

Read more The ‘Gaucho priest’ as explained by Pope Francis
Follow us on Instagram!
Tags:
Saints
Daily prayer
Aleteia's Top 10
See More
Advertising
Newsletter
Get Aleteia delivered to your inbox. Subscribe here.
Thank you! Your submission has been received!