Aleteia
Friday 10 July | Saint of the Day: St. Augustine Zhao Rong and the Martyrs of China 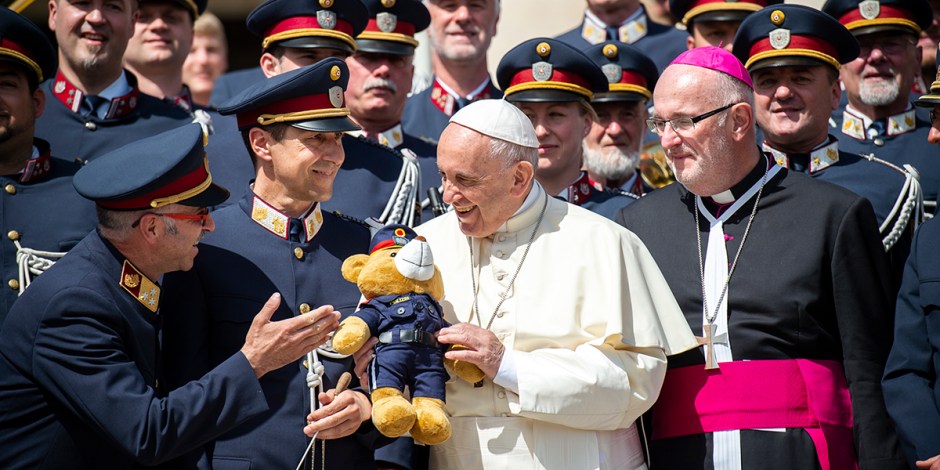 Pope Francis reacts as he receives an official Austrian Police teddy bear as a present from the Austrian police musical band, at the end of his weekly general audience in St Peter’s Square at the Vatican on April 25, 2018.

Photograph by Antoine Mekary for Aleteia