Mutual respect and plenty of communication have sustained their romance through 7 decades.

Maria Esther Michlig, 89, and Pablo Schinner, 92, have been married for 69 years. This year they had to celebrate their anniversary at home, because of the mandatory quarantine. They can’t go out and buy each other gifts or enjoy a party with their loved ones, but they still have the joy of being together.

Many years ago, on May 1, Paul declared his love for Esther during one of the popular festivals surrounding a pilgrimage to the Basilica of Guadalupe celebrated in the city of Santa Fe, Argentina. As is customary, the faithful bring their prayer intentions and share in the celebration with music and dance. It’s a meeting point for people from all the surrounding towns.

Paul has always liked to dance, and he says that at that time, mothers accompanied their children everywhere, including the dances. He remembers how he cleverly sought to be alone with Esther: While dancing, he would guide her to the center of the dance floor, where there were so many people that he could kiss her without being watched.

On March 31, 1951, they held their wedding, and very early the next day they started a dream trip, as friends and family gathered in the street to say goodbye to them. They enjoyed a beautiful two-week honeymoon traveling through the cities of Cordoba and Mendoza, and soon their family grew with the birth of their daughter Graciela.

This year’s wedding anniversary has special significance for them—not only because they were celebrating it alone at home, but also because Pablo told us that his parents had also reached their 69th wedding anniversary. They had provided a model for Pablo and Esther throughout the years, and they feel that this year’s celebration shows they’ve lived up to his parents’ example in their own marriage.

Thinking about this long journey of love, Esther spoke to us of the importance of living with values, above all with the mutual respect and fidelity that marriage implies. She acknowledged that “before it was a different world, and much has changed, but there are things that don’t go out of fashion when it comes to loving and wanting to plan a life shared with another person.”

During times like these, their example of love can help us greatly. In order to respect each other, it is necessary to communicate our needs. We have to understand that each of us needs personal time and space, like Paul who likes to take time apart to read the newspaper. We need to follow a daily schedule at home and learn to work together.

We don’t know how long we will be in quarantine, but we can enjoy this time together and make the most of it. At difficult times, we have the opportunity to come together and find happiness in sharing a meal, praying, or having longer-than-usual conversations with those we love.

“Today we have to live this anniversary with extra bleach,” says Esther jokingly—referring to the strict sanitary measures necessary during the pandemic—but they are happy. Pablo maintains that even after so many years his wife “continues to be a good companion.” That’s what has kept them together since the beginning: their mutual love and support that have made them true life partners. 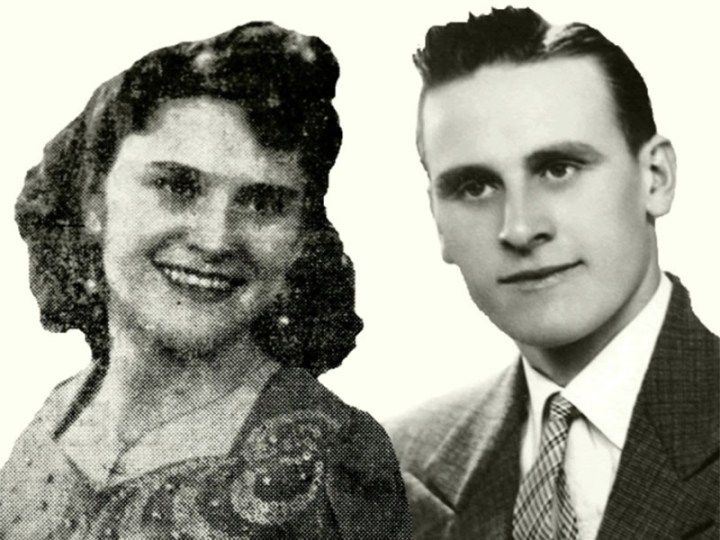 Read more:
90-year-old husband woos his wife on their anniversary from outside her nursing home