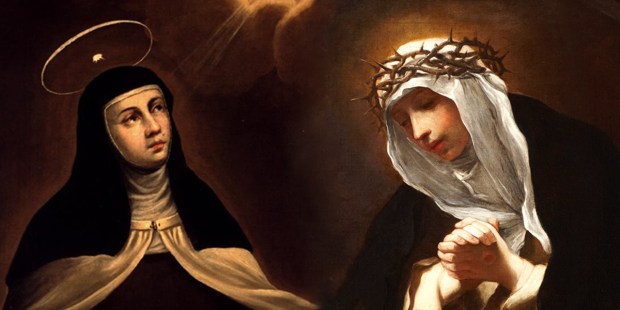 Teresa of Avila and Catherine of Siena were honored with this title together in 1970.

This year we mark the 50th anniversary of St. Teresa of Avila‘s recognition as a Doctor of the Church, a title given September 27, 1970, by St. Paul VI. She was recognized along with St. Catherine of Siena, and the two of them were the first women to be given the title.

Read more:
What are Doctors of the Church, and can they fix a broken leg?

The other two women Doctors of the Church are Therese of Lisieux (named such by John Paul II in 1997 — the only Doctor of the Church he named) and St. Hildegard of Bingen (named so by Benedict XVI in 2015).

On the vigil of the feast of St. Teresa of Avila, Pope Francis spoke of this “master of prayer.”

May through her intercession and example we discover prayer as this “friendly conversation,” as she described it, “with one who we know loves us.”

With God, nothing can disturb or frighten us, since “God alone suffices.” May God bless you all.

Read more:
This simple prayer of St. Teresa of Avila can calm your nerves

Read more:
4 Inspiring women who are “Doctors of the Church”