Although these two English saints share a feast day and were both victims of Tudor oppression, they led very different lives. It was in death that they are closest to each other.

The English saints St. Thomas More and St. John Fisher are buried side by side. Executed a couple of weeks apart, their offense was the same – denying that Henry VIII was supreme head of the church.

Despite being permanently entwined in the afterlife, their paths seldom crossed. They are often described as soul mates, but were they really friends?

One was a rigorously straightforward ascetic, the other was worldly and sophisticated. One was a man of the cloth, the other a man of the law. It is rare for a lawyer to put his neck out, which is one of the reasons St. Thomas More’s fame has eclipsed St. John Fisher’s. In fact, Fisher was something even rarer; he is the only cardinal in history to have become a martyr for his faith. 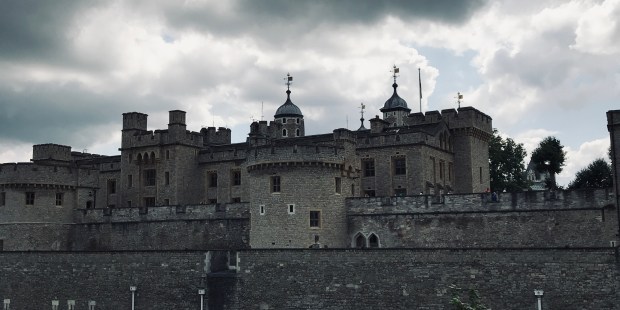 Together in the Tower of London

The Tower of London was probably the place where these two men would have been most in each other’s company. This is where any pilgrim will need to go in order to understand their piety in the face of adversity. It has often been stated that the two martyrs were imprisoned in the same building within the Tower. While this is probably not true, their bones were thrown together in a chapel within the royal complex.

The space they definitely shared was their place of execution. When you reach there, it would be a good time to say a prayer for the merciful end they both enjoyed. In a rare moment of compassion, Henry VIII changed the original sentence. As traitors to their king, they were supposed to be hanged, drawn and quartered, a punishment as excruciating and degrading as crucifixion. In the end they were beheaded, and neither was a botched job.

The most privileged decapitations happened within the walls of the Tower of London. This quiet enclave was reserved mainly for royals. More and Fisher were not in this category. Theirs was a public execution on Tower Hill, just outside the ramparts. In later times such executions became an open-air spectacle with grandstand seating. When three Scottish rebel lords were beheaded in 1747, a number of spectators also died after their benches collapsed.

The last minutes of St. Thomas and St. John’s lives were more dignified, and in front of a smaller but vocal crowd. With the ceaseless sound of traffic and tourists, today there is no sense of the hush that fell over the ghouls and admirers present on those occasions as final words were uttered. The view onto the Tower of London on a cloudy day provides the last insight into the dismal history of this site.

The release that death would bring

More and Fisher both spent over a year before their executions in the Tower of London. It has often been said that they shared adjacent cells in a building called the Bell Tower. In the absence of any proper accounts, it seems that only Fisher resided there. More was likely to have enjoyed a residence of comparative luxury. He visited Fisher at least once. His reaction, if it had ever been recorded, would have been despair for his fellow convict. St. Thomas lost some weight in custody; Fisher was left such a physical wreck the crowd at Tower Hill gasped when they saw him climb the scaffold. In a letter Fisher wrote to King Henry, he had to plead for food. The Cardinal-Bishop was even more distressed by the cold. He begged the king for clothing, “I have neither shirt nor sheet …”

It’s no wonder that both these saints spoke about the release that death would bring. Their lives had been made miserable, especially for Fisher, who was not allowed visits from a priest. Their mortal remains continued to be abused after the axe had fallen. Both men’s heads were displayed, two weeks apart, on London Bridge. Once again, More was fortunate compared to Fisher. After a short period Fisher’s head was tossed in the Thames. Luckily for More, he had devoted children. His daughter was able to buy the severed head from its place of dishonor on the bridge before it was thrown in. As for the rest of their remains, from the neck down, the two saints were dumped into an unmarked grave.

Sainthood, and a joint feast day

Over the centuries, their goodness became so apparent they were both raised to sainthood by the Catholic Church, and more surprisingly by the Church of England, too. Among Catholics, their joint feast day commemorates the date of St. John Fisher’s execution: June 22. Having finally achieved this recognition, Fisher’s star shines less brightly within the Church of England, which celebrates their day on July 6 – the date of St. Thomas More’s execution.